Is The "Telecom Industry" Stable? The 499 Price War Has More Consequences Than You Imagined! 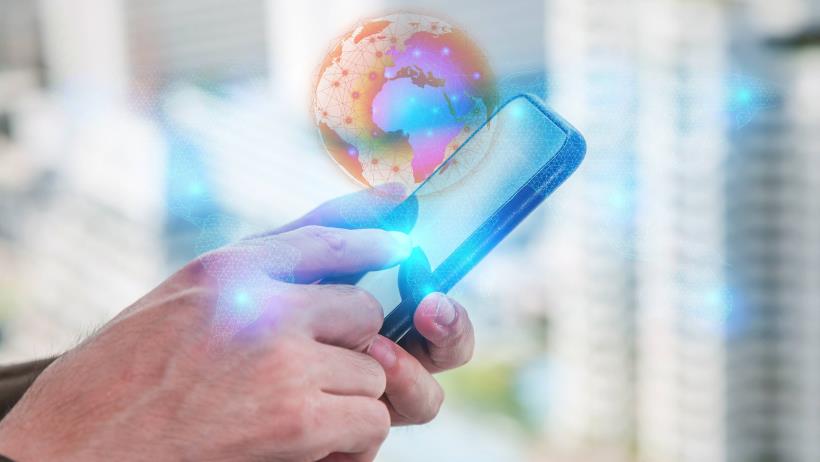 The 499 mess brings the competition in the telecommunications industry to the peak!

After that FarEastOne, and Taiwan Mobile also followed the trend, releasing the same plan to the public.
The cascade effect of the 499 mobile plan triggered a price war for telecom companies in Taiwan.

This price war brought with it the fierce competition of telecom operators to a peak.

At that time, when the 499 plan was releasing, one of Taiwan Mobile branches had a one of the biggest queues we could see in Taiwan. Even we know taiwanese people love a queue, but that was way too long.
Presumably everyone is still alive.

With no doubt, the telecom industry is in such fierce competition for many years.

Have you thought about how they got there?

Next, It will be introduced in order:

The telecommunications industry can be divided into 2 categories according to services.

First one is the data and calls service, and the other is the value-added service (VAS). 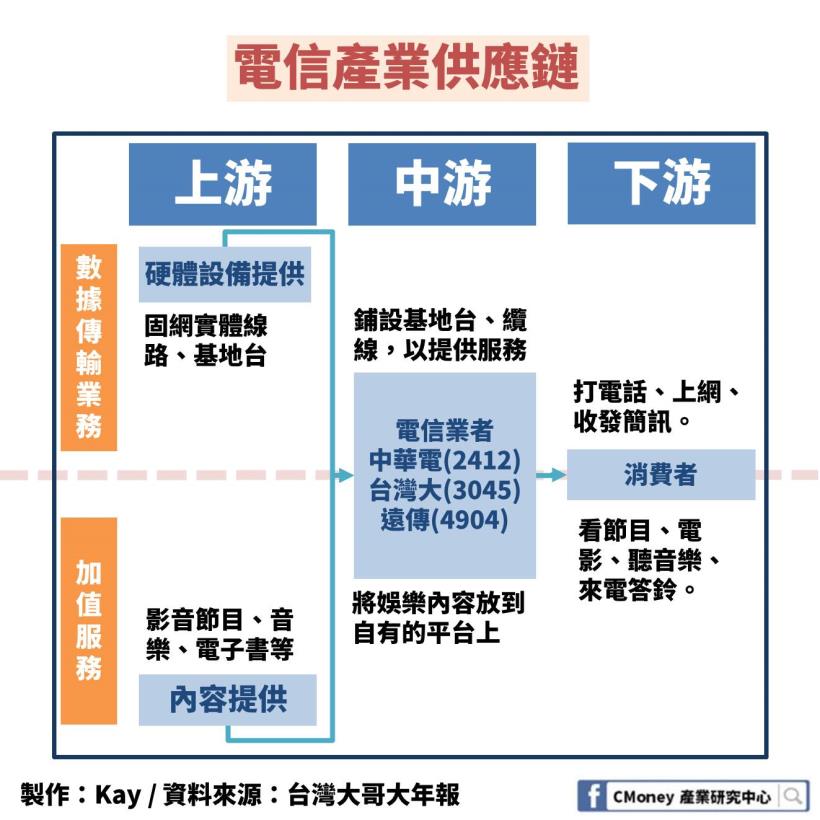 Before we start going further into the subject, you must know that the telecom industry in Taiwan is an oligopolistic market.

Chunghwa has the highest market share of 36.4% in the market. 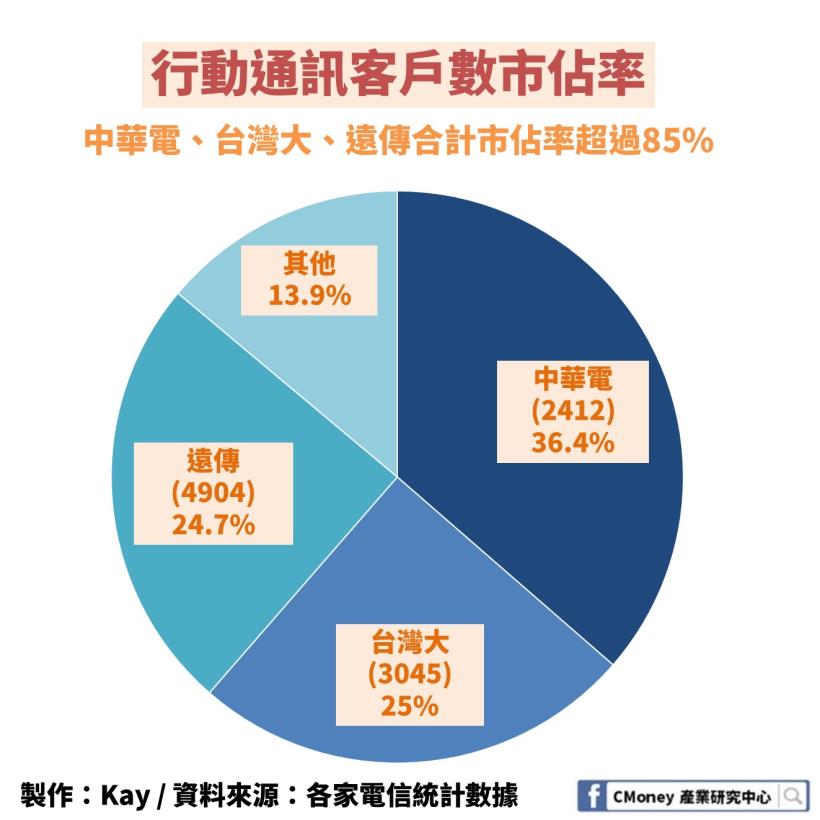 Followed by Taiwan Mobile and FarEastOne with 25% and 24.7% respectively.

Combined, they already make up 85% of the whole industry in Taiwan.

Next, let’s take a look at what the telecommunications business has to offer:

Telecommunication operators do not have to dig pavement every time they lay a fixed network.

It is also possible to rent an existing underground trench.

Or it is “attached” to other telecom operators, that is, the line of renting from other operators.

Mobile communication refers to the transmission of mobile phone signals, including voice calls, text messages, and the Internet.
The signal of the mobile phone is transmitted by the base station.

Before setting up their own base stations, telecom operators must first mark the frequency bands for signal transmission to the government.

In addition, it is necessary to apply for a license before the establishment of a base station, and the license is time-limited.

All 3G base station licenses expired on December 31, 2018. At that time, there is no way to call or surf the Internet with a 3G signal.

The technology of mobile communication can be divided into 2G, 3G, 4G according to algebra.

Value-added services refer to users of telecom operators who apply by themselves for those additional purchases from telecommunications companies
Early call answering is one.

Now with the popularity of the Internet the most important thing in the service launched by the telecommunications company is the OTT (Over the Top) video services, such as Chunghwa Telecom’s MOD, Taiwan mobile myVideo, and FET’s friDay.

In addition to OTT video, telecommunications companies also launched electronic payments, mobile shopping, and etc.
In particular, Taiwan Mobile has invested the most in mobile shopping, but In recent years, these newly developed businesses have slowed down with the growth of the above three businesses.

OTT’s early concept specifically refers to the transmission of audio and video over the internet, such as Youtube and Netflix that can be regarded as OTT services, or streaming as we call it nowadays, also with Music (KKBOX, Spotify), and e-books.

To analyze the development trend of the telecommunications industry.

Recent developments in the fixed-line and mobile communication services of telecom operators:

The market is approaching saturation and growth momentum is declining

The growth of fixed-line business has stagnated and the number of users has declined: 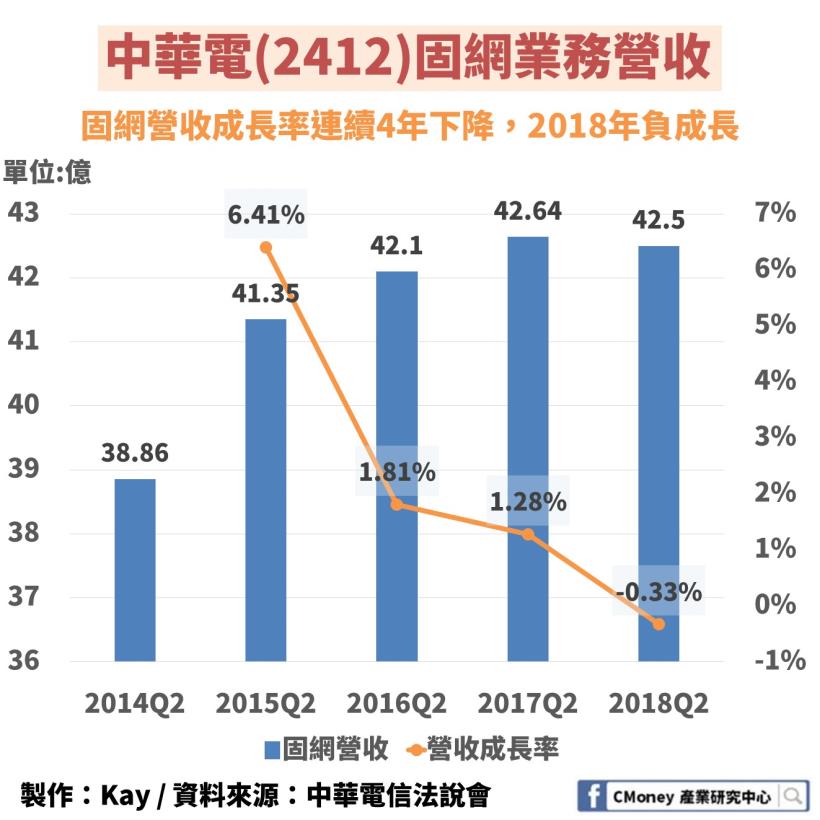 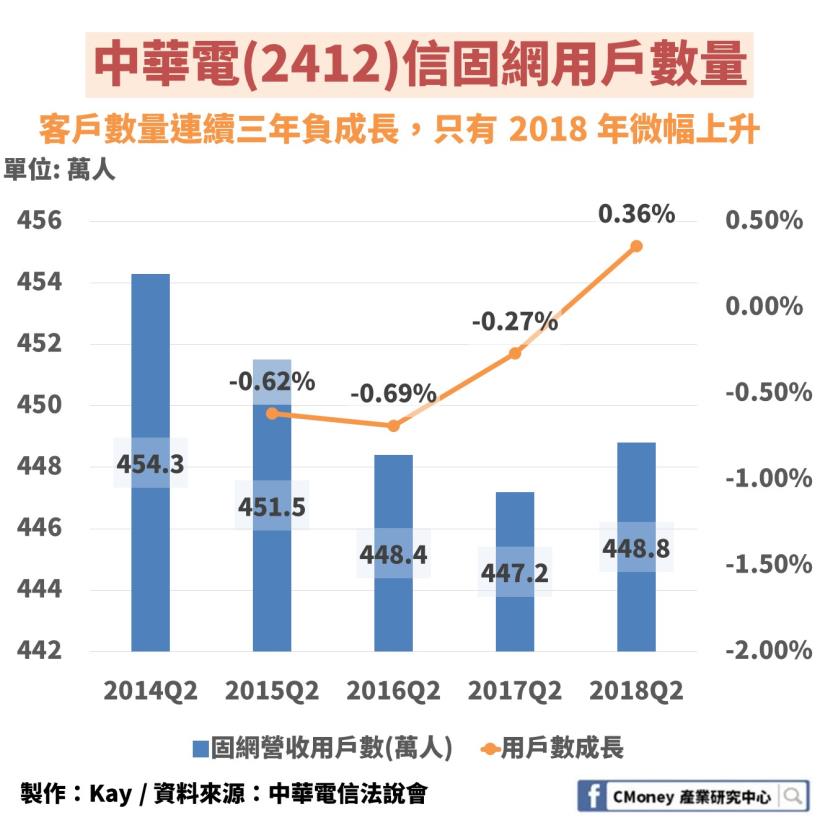 From the above two figures, we see that the growth of the fixed-line business has slowed down in recent years.

Then let’s take a look at the performance of the mobile network business.

Let’s first take a look at the changes in the number of monthly subscription users of Telecom Sanxiong. 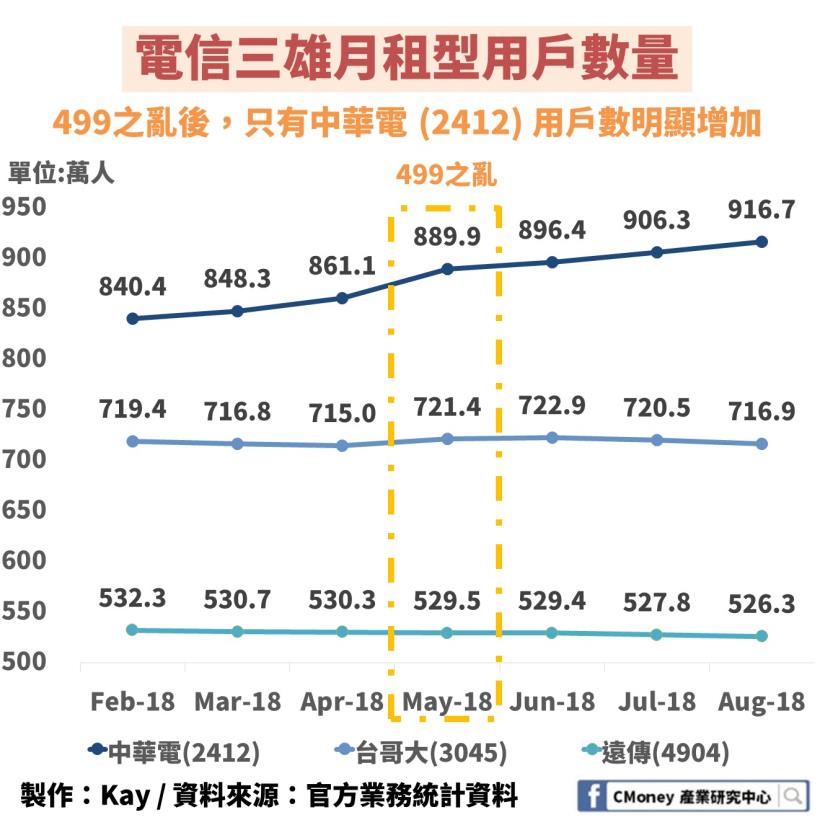 Before the 499 mess, you can see that the growth of users between the various periods is not representing a good curve.
From 499 to August 2018, only Chunghwa Telecom’s number of users increased significantly.
6% From 6.1 million in April 2018 (before the 499 mess) to 9.16 million in August, it grew 6%
Taiwan’s population grew from 7.15 million to 7.169 million, representing less than 1%.

Similarly, the long-distance transmission was from 5.303 million to 5.263 million, even negative growth.
It can be seen that the 499 discount program has not had much effect on the growth of the number of users in these two companies.

Then let’s take a look at the ARPU of their monthly users.

**ARPU: refers to the average revenue per user.
Meaning how much each user can contribute to revenue.

**It is an important indicator to measure the profitability of a telecom operator or a business. At the time of the 499 mess, the ARPU of Taiwan Mobile and FarEastOne suddenly increased sharply.

From the beginning of 2018/06, the impact of price cuts started to appear.

Until August 2018, there was still no improvement, which came to its lowest ARPU, to 643 yuan/person and then 619 yuan/person respectively.

The decline is of to 127 yuan/person.

Finally, let’s take a look at the revenue status of Telecom Sanxiong in the monthly rental customers. In this picture we can see Chunghwa Telecom is the only one between all telco’s after the 499 mess, that is still showing an upward trend in the telecommunications industry.

It seems that Chunghwa Telecom is the only winner in the price war.

1. The fixed-line market of telecom operators is approaching saturation, and revenue growth is slowing down.

How can a telecom operator be so competitive under such fierce competition?